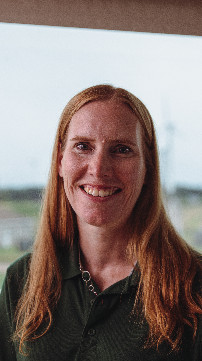 Marianne joined the WEICan staff in March, 2014. As the Scientific Director, she is responsible for the formation and maintenance of a research agenda that will advance the aims and objectives of the Institute. She establishes and maintains collaborations with universities, research organizations, partners, and government. Marianne is also an Adjunct Professor at the University of Prince Edward Island.

Prior to working with WEICan, Marianne worked at the Florida Solar Energy Center (FSEC) in Cocoa, Florida, where she performed research on several types of energy conversion devices, including fuel cells, batteries, and photovoltaics. At FSEC she worked with industry to improve the performance of these systems and also managed several projects that concentrated on analysis and prediction of the reliability and durability of these systems. Marianne's research in alternative energy has resulted in more than 50 publications and more than 70 invited and conference presentations.

Marianne lives in Summerside, PEI and is excited to be involved in advancing wind energy in Canada.