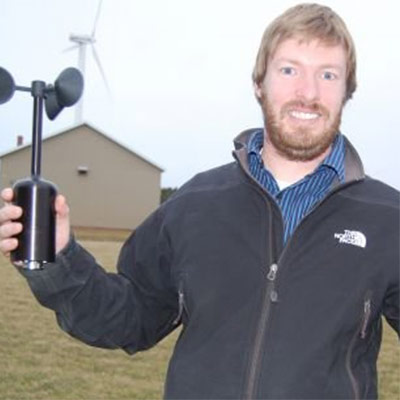 Former WEICan student, André Bégin-Drolet has co-founded a startup a company, ICETEK, which is dedicated to the design, manufacturing, and installation of ice detection systems and performance monitoring services for wind energy in cold climates.

André is now an associate professor in mechanical engineering at Laval University with many research projects linked to the wind energy industry. The ice-free anemometer project has merged into what is now known as the Meteorological Conditions Monitoring Station (MCMS), a sensor dedicated to icing measurements on wind turbines. The ice sensor is commercialized through ICETEK. See here for more information on students at WEICan.